Heraklion is the largest city and "capital" of Crete but also one of the largest cities in Greece. Its airport and port are among the busiest in the country. What's more, the city is considered a powerful economical center not only in Crete but in the entire southeast Mediterranean.

Its original name was Handax given by the Saracens, the first conquerors of the region. The Saracens were also the ones who built it in 824 A.D.. In the centuries that followed, the city passed to the hands of Byzantine Empire then to Venetians.

Today, Heraklion offers a wide range of choices to the visitor, from sightseeing (do not miss the Archaeological Museum and Cretaquarium, one of the largest aquariums in the Mediterranean) to intense nightlife.

About 5 km southeast of Heraklion, lays Knossos Palace, the palace and the only preserved building of the brilliant Minoan Civilization, which prospered 2.000 years B.C. to be destroyed by two huge earthquakes.

Call us on Viber
and WhatsApp 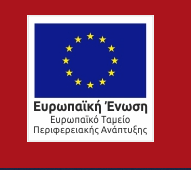